Since the age of fourteen, I was determined to be a great singer. But my pitch was bad, my tone was bad, and everyone said I was just not a singer.

At seventeen, I started taking voice lessons and practicing two hours every night. I’d go into a soundproof room to sing long tones, scales, arpeggios, and specific song phrases over and over.

At eighteen, I started touring, performing two to four shows a week, always as the lead singer. Often they were outdoor shows, sometimes with no PA system at all, so I had to learn to project to be heard.

At nineteen, I was still practicing two hours a night but still having a problem with pitch. People kept telling me I was just not a singer — that I should give it up and find a real singer.

Then I heard Warren Senders singing Indian vocal music, and his pitch was so perfect that I went rushing up to him afterwards to ask how he did it. “How are you able to hit the notes so perfectly dead-on? Are you just naturally good at this?”

He said, “No! When I first started singing, not only was I not within an inch of the note — I wasn’t within a football field of the note! I was horrible!”

He jabbed a finger in my chest, and looked me in the eye. “Practice. Thousands of hours of practice, and eventually I got it. I can show you how.”

That year, I took a bus out to his house every Wednesday night, and he taught me some esoteric ways of thinking about singing.

I continued touring for years, always as the lead singer — still taking voice lessons with different teachers in different cities — still practicing tones, scales, and trouble spots for an hour every night.

At twenty-five, I recorded my first album. When I gave it to a record producer who was a real mentor to me, he gave it a focused listen and then said, “Derek, you’re just not a singer. You really need to stop trying. Admit you’re a songwriter, and find a real singer.”

But I bounced away from that meeting unfazed. I knew I just had more work to do. I toured for three more years after that, always pushing, always practicing, always determined to be a great singer.

At twenty-eight, I started noticing that my voice was getting good! I recorded a few new songs, and for the first time, I really liked the vocals!

Someone who heard me for the first time said, “Singing is a gift that either you’re born with or you’re not. You’re lucky. You were born with it!”

I had to remember this story now because I’m spending most of my time doing new things I’m not good at. It’s overwhelming to feel so in awe of the people who seem to do it naturally. I’m just a beginner. It may take me another fifteen years, but I’m determined. 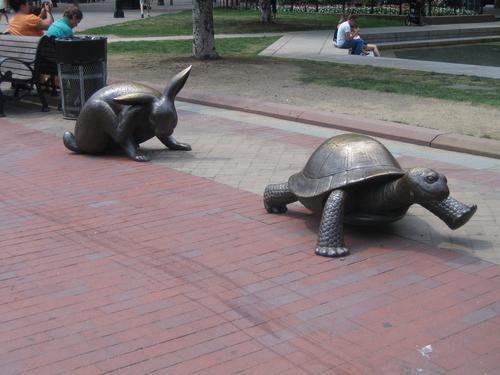