A friend asked why I don’t write more often.

I told her it’s my minimalism, not wanting to put anything into the world unless necessary. And because of the size of my mailing list, I don’t want to bother people unless it’s really important.

Ouch. She was right. Very right.

I re-read my notes on the book “Ego is the Enemy”.

“Ego is the unhealthy belief in our own importance.”

I feared releasing something unimportant, so I didn’t release anything at all.

If you would have asked me if I think I’m so important, I would have said no. But actions, not words, reveal our real values.

So, sorry that I’ve been so silent. I let my ego make excuses, then believed them.

Read the book “Ego is the Enemy” if this sounds like you, too. 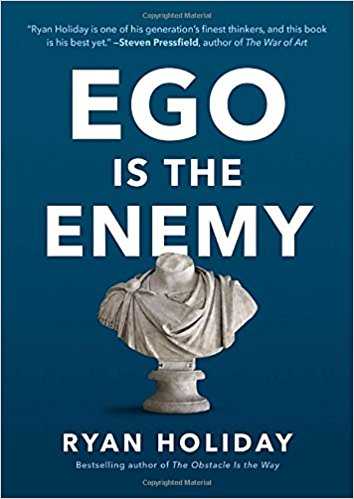