Fish don’t know they’re in water. If you tried to explain it, they’d say, “Water? What’s water?” They’re so surrounded by it that it’s impossible to see. They can’t see it until they jump outside of it.

This is how I feel about culture. We’re so surrounded by it that it’s impossible to see. Many things we think are true are really just our local culture. We can’t see it until we get outside of it.

I was born in California and grew up with what I felt was a normal upbringing with normal values. I’ve been surrounded by artists and entrepreneurs for most of my life.

Last week I was speaking to a business school class in Singapore. I asked, “How many people would like to start their own company some day?” In a room of fifty people, only one hand reluctantly went up. I was surprised and confused. If I had asked this question in California, every hand would have gone up! I thought maybe the Singapore students were just being shy, so I asked individuals in the room, “Really? Why not?” Some of their answers were:

Then I realized that I was seeing the question through my local American culture. I had heard that America was the land of entrepreneurs and overconfidence, but I couldn’t really see it until I was outside of it.

All of my Singaporean friends live with their parents. Even pretty successful ones, even married ones, even up to age thirty-five, live in their parents’ homes. When I told a friend that I left home at seventeen, she was horrified. She said, “Isn’t that insulting to your parents? Weren’t they devastated?”

Then I noticed my local American culture again. I had heard that Americans emphasize individualism, rebellion, and personal expression, but I couldn’t really see it until I was outside of it.

My culture isn’t in the center. It’s off on the edge, like one petal in a flower, like they all are. Not right or wrong — just one of many options.

So I’m just a fish who didn’t know he was in water. And in some aspect of your life, you probably are, too. 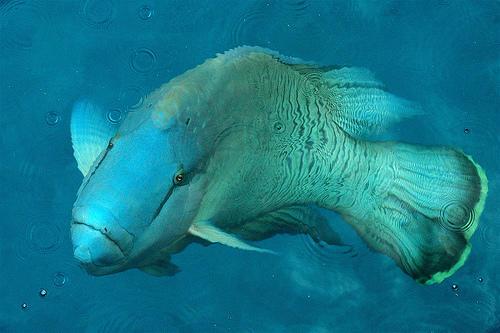