Since returning, everyone has asked the same three-word question: “How was India?”

It’s impossible to sum up in a few sentences, so my smart-ass answer has been “scrappy”.

Here I’ll try to explain my real thoughts about India so far.

This was my first visit to India, and I’m going to return many times, so this time I went only to meet with some companies, in the cities of Bangalore, Hyderabad, and Kolkata. No tourist sights or countryside. Just meetings and cities. So of course I saw India from a business and urban point of view. Everything I say, below, is just my observation from visiting these three cities.

In India, there is rubble and garbage everywhere.

Rubble right in front of stores: 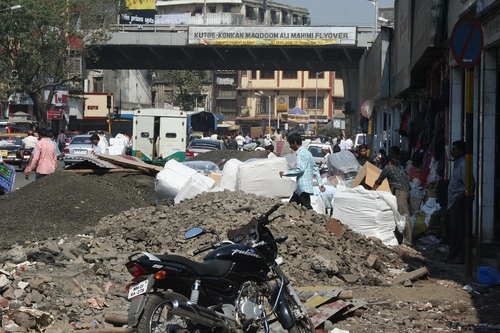 Rubble in front of multi-million-dollar buildings: 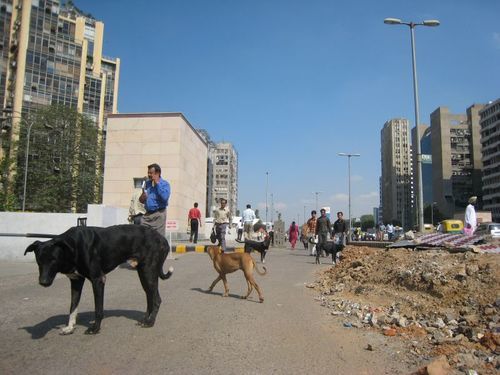 Rubble in every available space: 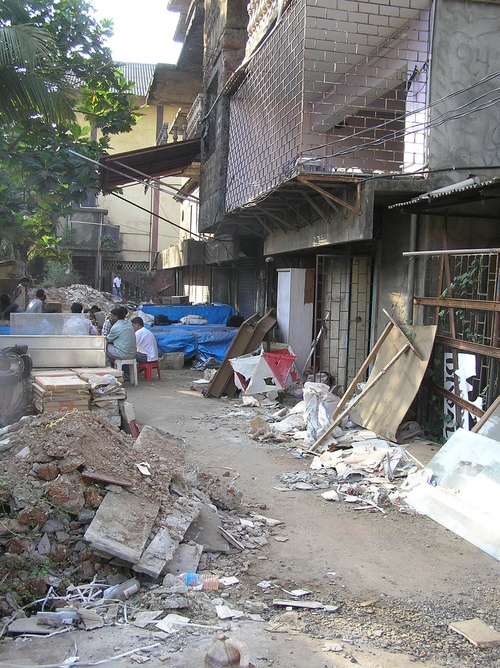 I found myself thinking, “They’re so often announcing how many billions of people are here. I see hundreds just standing around right now. Couldn’t someone just pick up that rubble and garbage?”.

Then it reminded me of British teeth.... In England, I asked a good friend who grew up there why the Brits have a reputation for bad teeth. She said, “Really? We do? From our point of view, we wonder why Americans are so fanatic about having unreasonably perfect teeth.”

Aha! Just as the casual dresser might look at the super-clean ultra-primped person and think, “What a freak!”, maybe all the rubble and garbage is just the norm to someone growing up in India. It’s not a problem to be solved any more than my wrinkled t-shirt and day-old jeans are a clothing problem I should solve.

Someone posted these photos on their blog, intending to show how disgusting the beaches of India are. 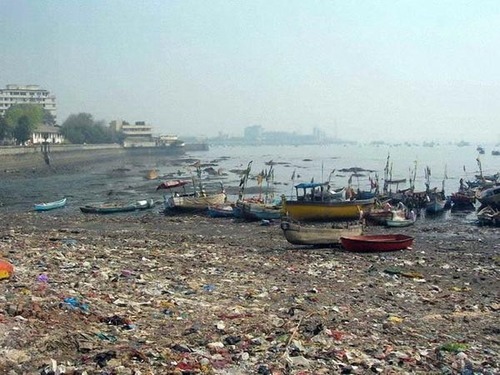 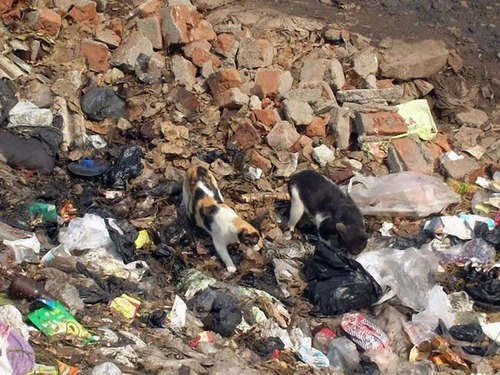 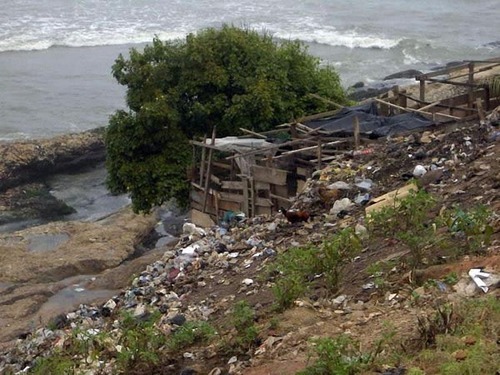 But when I see those photos, I smile nostalgic, thinking, “Yeah — that’s India!” I miss that garbage smell, a bit.

The sound of the city is the sound of hundreds of drivers honking constantly, every few seconds, all the time. Watch this video to hear what I mean.

It’s just considered safe driving. To honk your horn is to say, “I’m here”, which you’re supposed to tell everyone every few seconds, partially because of the way they drive, which I’ll explain later.

I met a programmer from Bangalore who just went to the U.S. for his first time, to Chicago, and I asked his impression. His eyes got wide and he said, “It’s so quiet! Many people but so strangely silent. It was hard for me to sleep, at first.”

The dictionary defines “scrappy” as both “consisting of disorganized, untidy, or incomplete parts” and “determined, argumentative, or pugnacious”. Exactly! It’s the combination of both definitions that struck me about India.

It’s most obvious in the driving. Everyone fills every available space. The little vehicles wind in the gaps between the bigger ones. All lanes are ignored. My friend who lives in Bangalore described it as, “our ad-hoc solution to fitting twice as many people onto the road.” It makes a lot of sense!

Watch this video of a typical intersection. It’s self-organizing in a very effective way. Watch for the white car near the end that goes the wrong way down the street, from the top of the screen to the bottom.

Someone sent me this photo of thousands of tangled phone wires, as an example of how disorganized India is. 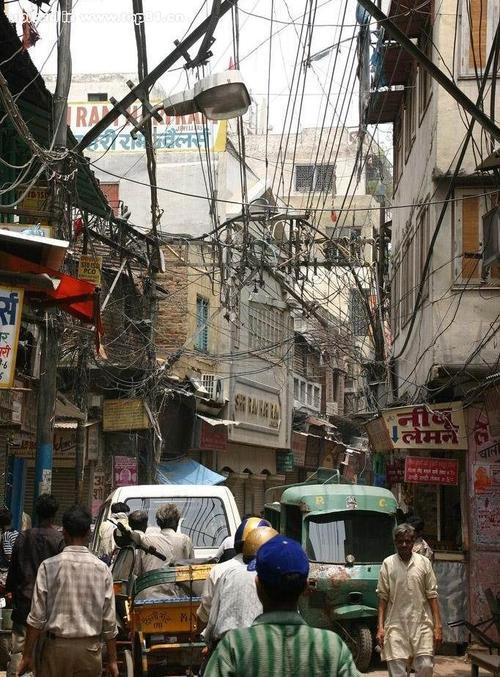 But to me, that’s a great example of the scrappy, opportunistic, self-organizing that I love about India. It reminds me of the movies that portray New York City in the post-depression 1930s.

Everybody seems to be using whatever they’ve got to do what they need to do, which really inspired me in a very purely entrepreneuristic way.

That’s all I have to say for now, but I’ll go back again and have an entirely different perspective on it.

(P.S. Two years after I wrote this, I married a woman from India, had a kid, and became an Overseas Citizen of India. So I have a little different perspective now.)