I hear lots of business plans.

Most of them are trying to do a ton of things.

For example: “It’s a social networking e-commerce portal for live music, where everyone creates a profile to enter all their dates, if they’re a musician or venue, or their available dates if they’re a music fan. Then we connect the fans with artists’ dates. Then we can sell the tickets for the events, and give a digital download preview of the music. After the show, the artist uploads the video from the night, and people can purchase the video of the show they were at, and connect with other people who attended that same show to create tribes of people, who will recommend other music you may like if you like that. Oh and it will have a dating component, and real-time chat.”

It sounds like I’m exaggerating but this is unfortunately a very typical example.

I have to say, “OK. You know software version numbers? Mac OS version 10.4? 10.5? What you just described is version infinity. That’s everything it will ever do in the future. First focus on launching version 0.1.”

What’s the one crucial part of that giant plan? What’s the one killer feature that nobody else is doing? Get it launched with just that. Then add the rest later.

The book “Good to Great” studied hundreds of companies that started out as good, then at some point in their history became great.

They found that all of these companies had the “Hedgehog Concept.” They focused on the one thing they do best, and let go of the rest.

A fox is smart, with many tricks. A hedgehog only knows one trick: curl into a ball with its spikes out. But the fox’s many tricks are no match for the hedgehog’s one. A fox can’t eat a hedgehog. Many companies are trying to be the fox. The book says the winners are like the hedgehog.

Got a complex business idea? Break it down into its ingredients, and let the specialists do what they do best.

Don’t reinvent any of these wheels. Focus on what’s left — what hasn’t been done.

Specialize at that one thing, and become that go-to company that nobody can beat in your niche. 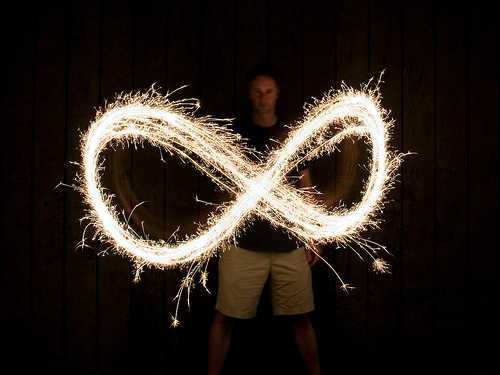 (P.S. I think the term “version infinity” came from a talk with Jason Fried.)