Here’s a story about my shortest date, and ketchup.

I was dating in New York City, and matched with someone named Kelly. We agreed to meet, so I called her to decide where. She had a miserable voice, creaky and weary, but I tried not to judge.

I suggested we meet at a bar at 35th Street and 8th Avenue. Although she’s from New York, she didn’t know where that is.

I said, “You really don’t know where 35th Street and 8th Avenue is?”

I said, “Well, just ask anyone. Everyone else knows.”

I started to add her to my phone, so I said, “I have two friends named Kelly. Can you tell me your last name?”

She said, in her weary voice, “I’m not going to tell you my last name. You could be a serial killer.”

So a couple days later we met at the bar at 35th Street and 8th Avenue. She looked good. We said hello. I asked if she’d like a beer. She said yes. I brought two beers back to the table.

On the table is a bottle of ketchup. Huh. “Ketchup.” I never really noticed that word before. Where is it from? It doesn’t look Latin, French, or Germanic.

So the first thing I say is, “Where do you think the word ketchup is from?”

She looked at me with disgust, and said, just sneering the whole time, “What? What kind of question is that? Who cares? Why would anyone care about that?”

I looked at her and thought for a second. Miserable voice. Doesn’t know her city. Assumes I’m a murderer. And now doesn’t have the slightest bit of curiosity about anything — no willingness to engage in the tiniest bit of wonder.

She said, “But you haven’t even had a sip of your beer!”

I said, “Take care,” and left. Shortest date ever.

Years later, I’m living in Singapore, which is next to Indonesia, so I’m reading a book about Indonesian history. It says there is only one word in English that comes from the Indonesian language. Ketchup.

I was amazed. I laughed. Question answered.

My instinct was right to walk out on that date. Little interesting things are all around us. But the uncurious will never know. 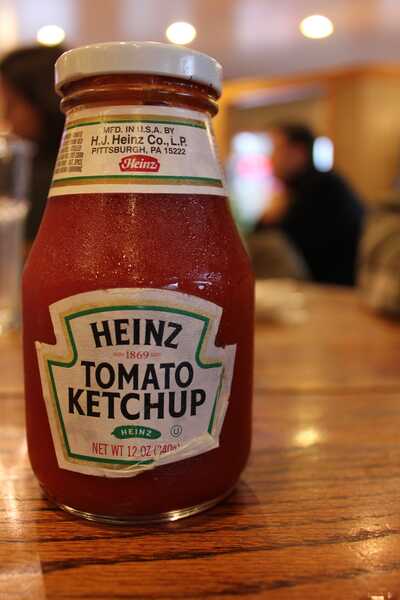