If you are a web or API developer, programming code that uses an SQL database, this is for you.

I’ve found a very different and useful way to structure code. It’s made such a big difference for me that I had to share it here.

Most web development — whether custom or using frameworks like Rails, Django, Laravel, Sinatra, Flask, and Symfony — tends to work the same way:

These norms have some dangerous implications:

Here are his important points for this article:

Why this hit home for me

I’ve been using the same SQL database since 1997: same data, values, and SQL tables. But the code around it has changed so many times.

Each time I’d have to re-write all of the logic around the database: how to add a new person into the database, how to verify an invoice is correct, how to mark an order as paid, etc.

But that whole time, my trusty PostgreSQL database stayed the same.

Since most of this is data logic, not business logic, it should be in the database.

So I’m putting this data logic directly into PostgreSQL, since I plan to stay with it for many more years, but plan to keep experimenting with programming languages. (Nim, Elixir, Racket, Lua, whatever.)

How things could be

Web developers have been treating the database as dumb storage, but it’s actually quite smart.

It’s simple to have all of this intelligence in the database itself.

It’s complex to have it tied to surrounding outside code.

Once you put all of the intelligence directly into the database, then the outside code disappears!

Then the database is self-contained, and not tied to anything.

Your outside interface can switch to JavaScript, Haskell, Elixir or anything else with ease, because your core intelligence is all inside the database.

How to do it

The easiest place to start is constraints:

In my people example above, it says name can’t be empty, email must match that pattern with “@” and “.” and no whitespace. Then it says tags.person_id has to exist in the people table, but if the person is deleted then delete the tags, too. And the tag has to fit that regexp pattern of lowercase letters, numbers, dot, underscore, dash.

It helps to name your constraints for later use in error catching.

For things that happen before or after you alter data, use triggers:

This example cleans the input before it’s put into the database, in case someone accidentally put a space in their email address, or a line-break in their name.

Make little re-usable functions for things you’ll use often inside your code.

That’s one I use often: Given someone’s name and email, if they’re not already in my database, add them. Then, either way, return the database info for this person.

Instead of requiring outside code to convert your data into JSON, you can have the database create JSON directly.

For this, use views as JSON structure templates. Inside the view, use json_agg for nested values.

This will be used in the API functions, below:

These are the only functions your outside code will access.

They return only JSON.

No matter what you need to do with your database, the procedural languages built-in to PostgreSQL can do it.

PL/pgSQL is not the most beautiful language, but the simplicity of having everything in the database is worth it.

If you like JavaScript, check out the promising plv8.

Now, if you need a REST API:

Or if you need a client library:

Now whether a REST API or client library, all it really has to do is pass the arguments into the database functions, and return the JSON.

I’m not trying to convince everyone to do things this way. But I hope you find it useful or at least interesting to consider. 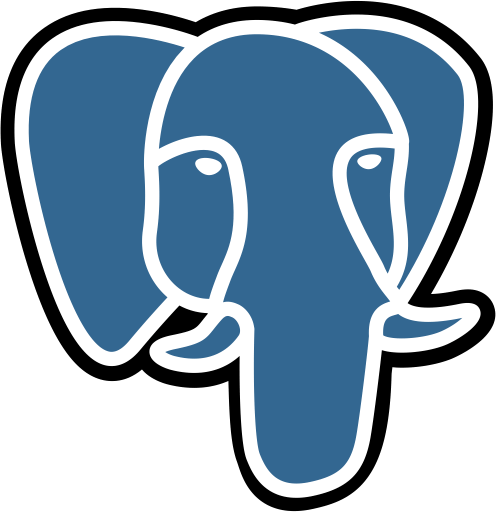