Some musicians feel they would be rich and famous by now if it weren’t for piracy.

But more people are killed by pigs than sharks each year.

Because shark attacks are more sensational and newsworthy, they seem more prevalent.

Because piracy is more sensational and newsworthy, it appears to be a bigger problem than it is.

But the thing separating you from where you want to be is always something more internal, whether writing, communicating, producing, networking, promoting, or taking a wildly different approach to marketing.

Putting so much attention and energy into fighting piracy (as if, when solved, you’ll suddenly start selling 10 times more) — is misguided effort, distracting you from what you really need to be improving.

When I tell musicians not to worry about piracy, I’m not saying it doesn’t exist. But energy spent worrying about it is energy better spent working on what you know you really need to do.

Obscurity is your real enemy. Fight obscurity until you’re a household name, then piracy will be more of a problem than obscurity.

Until then, worry about pigs, not sharks. 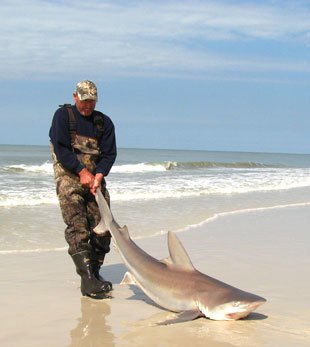