In China, some doctors are paid monthly when you are healthy. If you are sick, it’s their fault, so you don’t have to pay that month. It’s their goal to get you healthy and keep you healthy so they can get paid.

Better Place designed a business model for electric cars where the car is given away for free because the company makes its profit on the electricity and battery maintenance.

Services like Spotify aim to let you listen to any song ever recorded, any time you want, on any device anywhere in the world, for free — as long as you pay their small monthly subscription fee. This challenges the whole assumption that we need to own copies of recordings at all.

FreeConferenceCall gets their income from the phone companies instead of their customers, because they know which phone company each person is using to call them. So they negotiated an affiliate payment for generating more long-distance calls for each phone company.

In the 70s, IBM let Microsoft make the operating system for their computers because software was just the free stuff that came on the expensive hardware. In the 90s, it looked like the hardware was going to become free because all the money was in the expensive software. Now Google is making the software free, too, just to get you into their advertising network.

Those who got the question about paying him were willing to pay. They offered to pay, on average, $1, $2, $3 for short, medium, long readings.

An entire business model flipped upside down just by starting with an opposite assumption. I love it.

What assumptions are you running on?

Are there things you assume you have to pay for, that might instead be willing to pay you?

What current business models might as well be flipped around, or get their income from a different source? 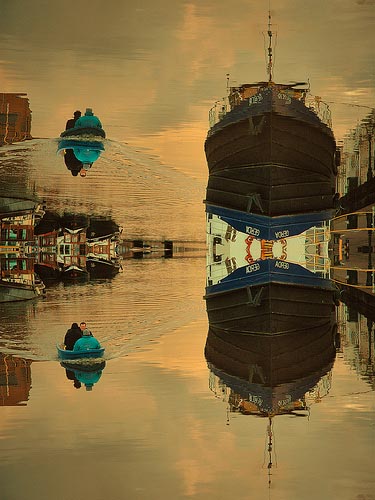