I feel like I know almost nothing about business, because the only business I’ve ever done is the co-op / sharing model.

Step #1: You have something that people want.

It might be something you own, something you’ve learned how to do, or access to valuable resources, space, or people.

Step #2: Find a way to share it with everyone who needs it.

Not necessarily for profit, but just because it’s what you’d do for friends, and it’s the right thing to do.

Step #3: If it takes some effort for you to share it, charge a little something for your effort, to ensure that this giving can continue.

In 1994, the U.S. Copyright office still didn’t have their copyright forms online. You still had to mail a letter to Washington DC to ask them to mail you some blank forms, if you wanted to copyright your songs.

So I scanned all the forms, and put them on my website for free as printable downloads, for any musician who needed them.

For the next year or two, until the government started putting the forms online, my site was the only place to get them. This was my first effort to contribute back to this great invention of the internet.

In 1995, I learned how to trademark my band name. It took many hours of work to figure out the legalese, but I did it.

I wrote out the step-by-step instructions and put them on my band’s website for free.

For years it was the go-to resource for musicians who wanted to trademark their name.

In 1996, I had a little record label, so I got a UPC barcode account, which let me put unique UPC barcodes on my CDs. I had to pay $750 to the Universal Code Council to get a company account, but that meant I was allowed to create 100,000 products under my account. Musician friends asked how, so I showed them how, but also said they could use one of mine.

At first, I did this for free, as a favor, until friends started sending strangers my way. Because it took a little work to generate the number, create their barcode graphic, and keep track of their unique IDs forever, I charged $20.

Over the next 12 years, this made me almost $2 million.

In 1997, I got a credit card merchant account to sell my own CD at live shows. It cost $1000 in set-up fees and took three months of red-tape paperwork. Then I built a little online shopping cart, which also took months of work, just to sell my own CD. Musician friends asked if they could use mine instead of having to go through all of that work, so I said OK.

In 1999, I had learned a lot about hosting websites. Linux, Apache, PHP, SQL, FTP, DNS, Qmail, SpamAssassin, etc. I had done it for myself for my band’s website, then for CD Baby, and bought my own servers. So when friends would complain about their existing web-hosting company, I’d host them on my servers instead.

At first, I did this for free, as a favor, until it was filling up my server. Because each server cost me $300/month, and I had to hire a full-time person to manage this, I charged $20 per month. In 1999 that was really cheap.

Over the next 9 years, this made me about $5 million.

Since 2000, I’ve been sharing everything I’ve learned for free. I’m not the smartest guy, probably below average, but it costs nothing to share, and it’s the right thing to do, so I do.

Over the last 11 years, this made me incredibly happy and lucky, because of all the interesting people I’ve met by doing it.

None of these things looked like a business venture.

All of them were just sharing something I already had.

People often ask me if I have any suggestions for what kind of business they should get into.

I tell them the only thing I know how to recommend: Start by sharing whatever you’ve got. 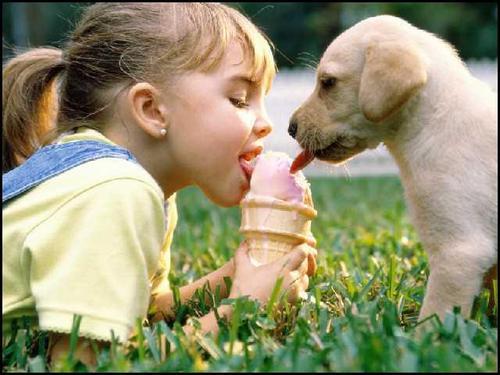