I’ve been doing this for a year, and it’s the most helpful learning technique I’ve found in 14 years of computer programming.

I’m an intermediate programmer. I didn’t go to school for it. I just learned by necessity because I started a website that just kept growing and growing, and I couldn’t afford to hire a programmer, so I picked up a few books on PHP, SQL, Linux, and Apache, learned just enough to make it work, then used that little knowledge for years.

But later, when I worked along side a real programmer, I was blown away by his vocabulary! All of these commands and functions just flowing effortlessly out of his fingers. We were using the same language, but he had memorized so much of it, that I felt like a child next to a university professor. I really wanted to get that kind of fluency.

It made me think about how much I’ve learned then immediately forgotten, over the years. I read books or articles about some useful feature, try it once, but then I get distracted, forget about it, and go about my normal way of doing things.

I wanted to deeply memorize the commands and techniques of the language, and not forget them, so that they stay at the forefront of my mind whenever I need them.

When you hear a new fact, it’s forgotten pretty quickly unless it’s brought back to the forefront of your mind repeatedly.

You can do this haphazardly by immersing yourself in a language, for example, where the new words you learn will be brought up by chance occasionally.

But memory research shows that the most effective and efficient time for a new fact to be remembered is right before you were about to forget it. 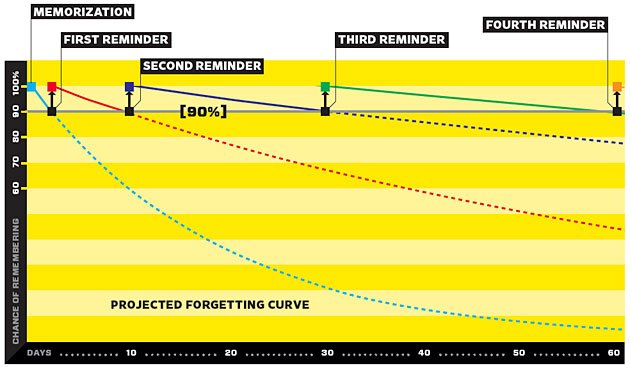 Say if you learn a new word in a foreign language, you’d want to practice it again a few minutes after hearing it, then a few hours, then the next day, then in 2 days, then 5 days, then 10 days, 3 weeks, 6 weeks, 3 months, 8 months, etc. After a while it’s basically permanently memorized with a rare reminder.

Spaced Repetition Software does this for you, so you can just give it a bunch of facts you want to remember, then have it quiz you once a day, and it manages the intervals based on your feedback. After each quiz question, if you say that one was easy, it won’t be introduced for a long time, but if you were stumped, then it’ll ask it again in a few minutes, until you’ve got it.

As for programming, you get where I’m going with this.

What if you could memorize everything about the programming language of your choice? Every command, every parameter, every function. Every solution to hundreds of the most common problems, all completely memorized at your fingertips? Imagine going through the documentation or a book, and permanently remembering every single thing in it?

Enough of the intro, let’s get to the HOW-TO:

Flash cards are for remembering what you’ve learned.

Before you create a flash card for something, you need to actually learn and understand it. Create the flash card after you’ve really understood.

(This is why it’s not that helpful to look at someone else’s deck. Those are just reminders.)

You’re going to be making a bunch of flash cards. Question on the front. Answer on the back.

If you were just using this to memorize foreign language vocabulary, then the formatting would be easy. The front would have a word or phrase, and the back would have its translation, and vice-versa. 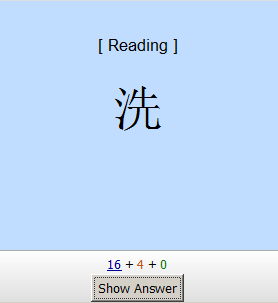 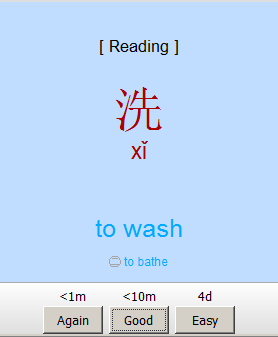 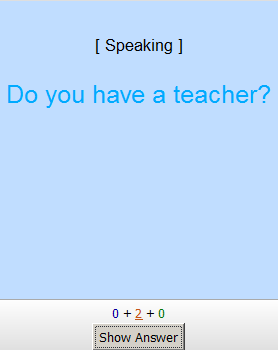 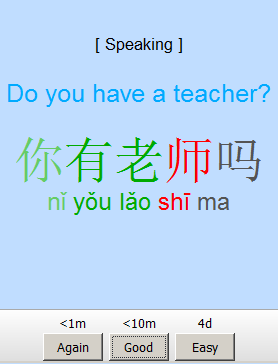 But if you’re learning anything else, you’re going to have to put a little craft and creativity into making your own flash cards.

It takes some effort to read through paragraphs of stuff you want to remember, pick out the key facts, break them down into their smallest form, and turn them into questions for quizzing your future self.

Here are my best time-saving tips from a year of doing this:

If you’re reading a tutorial about programming, and come across a paragraph describing a feature.

“The add (+) operator... if only one operand is a string, the other operand is converted to a string and the result is the concatenation of the two strings.”

You test it out yourself, play around with it, and understand it. So you make a flashcard to remember it.

Try to trick your future self

Sometimes you learn a “gotcha” — a common mistake or surprising feature.

“If the new Array constructor is passed a single number, it creates an empty Array with a length of that number. Any other combination of arguments creates an Array of those arguments.”

You test it out yourself, play around with it, and understand it. Then make two flash cards to try to trick your future self.

... and then an almost-identical question ...

When the program quizzes you, it will shuffle the cards, so that hopefully your examples will intentionally catch you by surprise.

You can also try to trick yourself with more complicated examples, to keep these gotchas fresh in your mind:

Don’t forget to quiz yourself on the solution, too:

Save the cool tricks

If you find a cool trick you want to remember, turn it into the answer of a small challenge.

If there’s more than one way of doing something, and you want to remember both, make your future self come up with more than one solution, so you can keep both alternatives in mind.

Say you just spent 20 minutes learning something that’s more conceptual, and not as much about remembering specific functions. Sometimes all you need is one succinct example to remind yourself of the concept.

The best advice on this stuff is an article called “20 Rules of Formulating Knowledge” by Piotr Wozniak at supermemo.com/en/articles/20rules. So please read that one.

Run Through it Daily

For most efficient results, turn on your spaced repetition software once a day. If you go too long without, you’ll screw up all the timings, and have to re-learn stuff you would have remembered.

You can remember thousands of these facts in only 20 minutes a day. I just make it a morning routine. Make a cup of boiling tea. Do my Anki. Drink my tea.

It’s fun when quizzing yourself to add a little adrenaline, and make yourself go as fast as you can.

It’s like a mental visit to the gym. A little intense 20 minutes a day is so worth it for the immediate and long-term results.

Add some new cards whenever you can, and you’ll be amazed that everything you saved stays fresh in your mind.

I’ve been doing this for a year, and it’s been a HUGE boost to my fluency. I highly recommend it, as you can tell.

Feel free to email me anytime to let me know how it goes for you.

The “Janki Method Refined” by Jack Kinsella is a great article on similar approach,and explains it even better than I did here.

You can also use Anki to learn all kinds of things.

“Augmenting Long-term Memory” by Michael Nielsen is an amazing article about using Anki for learning anything.

Read the interview with Piotr Wozniak at wired.com for a story about a guy taking this to the limit.