Two friends were at a party at a billionaire’s extravagant estate. One said, “Wow! Look at this place! This guy has everything!” The other said, “Yes, but I have something he’ll never have: enough.”

When I decided to sell my company, I already had enough.

I live simply. I don’t own a house, a car, or even a TV. The less I own, the happier I am. The lack of stuff gives me the priceless freedom to live anywhere anytime.

So I didn’t need or even want the money from the sale of the company. I just wanted to make sure I had enough for a simple comfortable life. The rest should go to music education, since that’s what made such a difference in my life.

I created a charitable trust called the Independent Musicians Charitable Remainder Unitrust. When I die, all of its assets will go to music education. But while I’m alive, it pays out 5% of its value per year to me.

A few months before the sale, I transferred the ownership of CD Baby and HostBaby, all the intellectual property like trademarks and software, into the trust.

It was irreversibly and irrevocably gone. It was no longer mine. It all belonged to the charitable trust.

Then, when Disc Makers bought it, they bought it not from me but from the trust, turning it into $22 million cash to benefit music education.

So instead of me selling the company — (getting taxed on the income, and giving what’s left to charity) — that move of giving away the company to charity then having the charity sell it saved about $5 million in taxes. (That means $5 million more going to music education.)

Also, the move of giving it away into a trust now — instead of holding on to it until I die — means its investments get to grow and compound tax-free for life, which again means more goes to musicians in the end.

I’m only writing this article because many people have asked why I gave it away, so I thought I’d write my long explanation once and for all.

It’s not that I’m altruistic. I’m sacrificing nothing. I’ve just learned what makes me happy. And doing it this way made me the happiest.

I get the deeper happiness of knowing the lucky streak I’ve had in my life will benefit tons of people — not just me.

I get the pride of knowing I did something irreversibly smart before I could change my mind.

I get the safety of knowing I won’t be the target of a frivolous lawsuit, since I have very little net worth.

I get the unburdened freedom of having it out of my hands so I can’t do something stupid.

But most of all, I get the constant priceless reminder that I have enough. 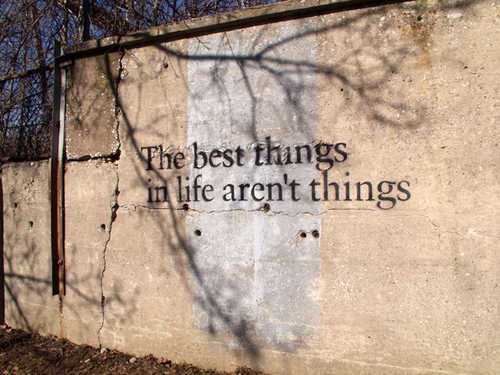