I once went without food for ten days, and that was fine. But the two things I can’t do without for long are solitude and silence. (Freedom from people and their noises.)

I was on a holiday in Ireland with seven members of my family, all packed into a van, exploring the country. A week after they left, I had to be at a conference in Dublin. So in-between those two events, I wanted nothing but solitude and silence.

An Irish friend suggested that I stay at Mount Melleray Abbey, home of the Cistercian Trappist monks, known for their silence. They provide a guest room that’s free for whoever asks. That sounded perfect, so I emailed and asked. They said yes, so I prepared for a solid week of silence. I took my family to the airport, and drove to the abbey.

When a monk met me at the door and showed me the way to my room, I was surprised when he spoke. I thought we’d all just be silently gesturing. He told me meals would be served twice a day down the hall.

At dinner time, I went down the hall, again expecting silent gesturing. But instead, there was a room full of thirty other guests from around the world, all chattering away. I tried to sit alone, but there was no way to do it.

One loud American latched on to me and bombarded me with shallow questions. I gave vague one-word answers, but that wasn’t enough to stop him. I quickly ate and retreated to my room again. I thought about how I’d avoid this chatter for the next six days.

The next morning, I tried to get to breakfast early, but I wasn’t early enough. The loud American was there with follow-up questions about my religious beliefs. He started to introduce me to everyone.

I guess they came here for different reasons than I did.

I went back to my room, packed up, and left a thank-you note for the monks, before driving off into the unknown.

I realized I could get more silence at a hotel, so I went to Lyrath Estate in Kilkenny. It was off-season, half-price, spacious, and mostly empty. I hung around all their various sitting rooms and balconies, writing for six silent days, speaking only one sentence a day if I ordered dinner. It was just what I wanted.

It made me think about all the unlikely places we can get what we want.

Some people think they need to go all the way to Thailand to meditate, or to India to learn yoga. But of course these are things they can do for free at home.

Some people think they need to travel to a country to learn its language. But check out Moses McCormick learning more than a dozen languages from Ohio, or Benny Lewis learning Arabic from Brazil.

Some people think they need to pay a fortune to a university for a great education. But the top schools have all their courses online for free.

And this idea isn’t just about locations. Some people think they need expensive equipment to start a new hobby, certain clothes to look the part, or for everything to be just right. But resourceful people know they don’t.

It’s so important to separate the real goal from the old mental associations. We have old dreams. We have images we want to re-create. They’re hard to untangle from the result we really want. They become excuses, and reasons to procrastinate. 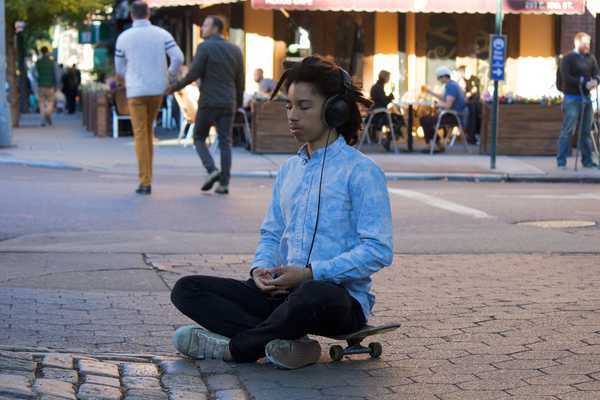