Shouldn’t you announce your goals, so friends can support you?

Isn’t it good networking to tell people about your upcoming projects?

Doesn’t the “law of attraction” mean you should state your intention, and visualize the goal as already yours?

Tests done since 1933 show that people who talk about their intentions are less likely to make them happen.

Announcing your plans to others satisfies your self-identity just enough that you’re less motivated to do the hard work needed.

In 1933, W. Mahler found that if a person announced the solution to a problem, and was acknowledged by others, it was now in the brain as a “social reality”, even if the solution hadn’t actually been achieved.

NYU psychology professor Peter Gollwitzer has been studying this since his 1982 book “Symbolic Self-Completion” (pdf article here) — and recently published results of new tests in a research article, “When Intentions Go Public: Does Social Reality Widen the Intention-Behavior Gap?”

Four different tests of 63 people found that those who kept their intentions private were more likely to achieve them than those who made them public and were acknowledged by others.

Once you’ve told people of your intentions, it gives you a “premature sense of completeness.”

You have “identity symbols” in your brain that make your self-image. Since both actions and talk create symbols in your brain, talking satisfies the brain enough that it “neglects the pursuit of further symbols.”

A related test found that success on one sub-goal (like eating healthy meals) reduced efforts on other important sub-goals (like going to the gym) for the same reason.

It may seem unnatural to keep your intentions and plans private, but try it. If you do tell a friend, make sure not to say it as a satisfaction (“I’m going to run a marathon!”), but as dissatisfaction (“I want to lose 20 pounds, so kick my ass if I don’t, OK?”) 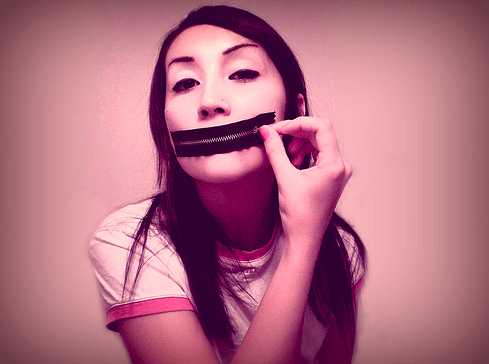 Thanks to Wray Herbert’s article about this. Also please see this article for more clarification.