For 10 years, Columbia professor Sheena Iyengar has been studying choice. For her research paper, “When Choice is Demotivating”, they ran a great test:

They set up a free tasting booth in a grocery store, with six different jams. 40% of the customers stopped to taste. 30% of those bought some.

A week later, they set up the same booth in the same store, but this time with twenty-four different jams. 60% of the customers stopped to taste. But only 3% bought some!

Both groups actually tasted an average of 1.5 jams. So the huge difference in buying can’t be blamed on the 24-jam customers being full.

So, if you ask your customers if they want extensive choice, they will say they do — but they really don’t.

I recommend the book “The Paradox of Choice” if you’re interested in this.

Where does this not apply?

In “preference matching” contexts, where people come looking for something they already know and prefer, extensive selection increases the likelihood they’ll be successful in their search. For example: a menu at a Chinese restaurant.

Many tests have shown that when people are given some choice versus none (choosing between six possible activities versus being assigned an activity), having some choice increases motivation and enhances performance.

How do we use this info?

Online stores often offer too many choices on their front page. Lists of dozens of new arrivals, top sellers, sale items, and categories.

But all of us could come to these conclusions:

My favorite example of this is Firefox’s about:config feature. There are hundreds of intimidating options that are hidden from most people, but there for the few who need them. 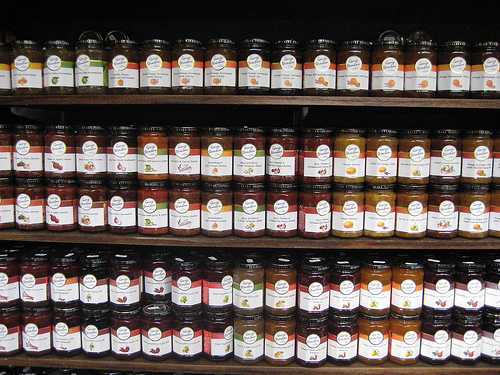