New clients would often ask me, “How much does the average artist on CD Baby sell?”

Some people would take our posted sales figures and divide them. $85 million paid, divided by 250,000 available albums = $340 per album.

The numbers are right but the answer is wrong because it groups together two completely different approaches.

For some artists, releasing their music is like the starting line in a race. The gun goes off! They work it! They spend hours a day pushing, promoting, and selling — reaching new people by any means necessary.

But for many artists, releasing their music is like the finish line in a race. They’ve always wanted to record and release their music. They did it. It’s done. They send it to friends and family, and glow in the compliments. Their efforts are basically finished — either because they’re satisfied, or because they assumed the world would just flock to it automatically.

For those types the average income was $20.

New clients who asked about the average were trying to predict how well they would sell. But it depends on which approach you want to take.

Are you at the starting line or the finish line?

That’s the best predictor of how far you’ll go. 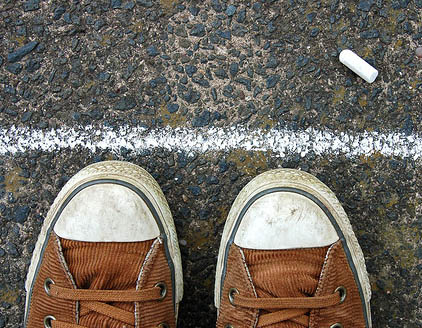