A musician named Griffin House used to sell CDs at his gigs for $15. He’d mention it once or twice from the stage, and sell about $300 per night on average.

One day his manager, Terry McBride, asked him to try a completely different approach. He said:

It changes the request from a commercial pitch to an emotional connection. Allowing them to get a CD for no money just reinforces that.

As soon as Griffin made this change, he started selling about $1200 per night on average, even including those people who took it for free! The average selling price was about $10.

But the important part came next:

Because every person left each show with a CD, they were more likely to remember who they saw, tell friends about it, listen to it later, and become an even bigger fan afterwards.

Then, when the band returned to a town where they had insisted that everyone take a CD, attendance at those shows doubled! The people that took a CD became long-term fans and brought their friends to future shows.

So, whatever you’re selling, emphasize the meaning of it, not the price. 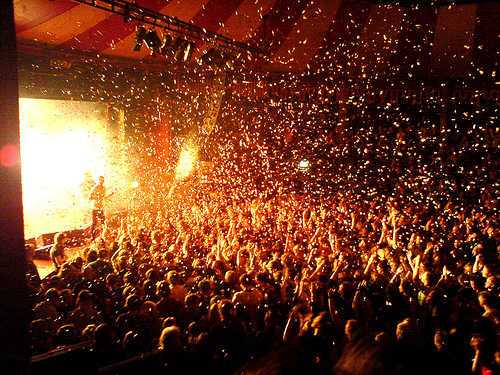