An amazing shift has happened in the last few decades.

Songwriters try to write a timeless standard that will resonate with everyone. But what good is that if nobody hears it because your music is too normal?

There won’t be another blockbuster album like “Thriller” by Michael Jackson. With unlimited options now, music fans don’t wait for mainstream media to tell them what to like. They can immediately listen to anything they want. Because of this, tastes are more spread-out than ever.

So reach the people who have headed to the edges. They’re the ones who are looking for something new, and more likely to rave about it if you impress them.

Think of the metaphor of shooting an arrow at a bull’s-eye target:

In the old blockbuster music business, you had a hit single or nothing. The only way you could be successful was to hit the exact center of a tiny distant target. If you missed the middle, you got nothing. 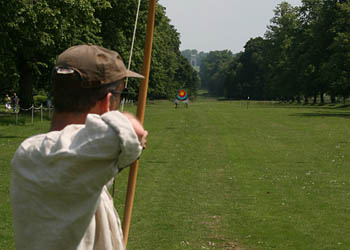 Now it’s like the target is closer and bigger, but there’s a catch: Someone cut out the middle. 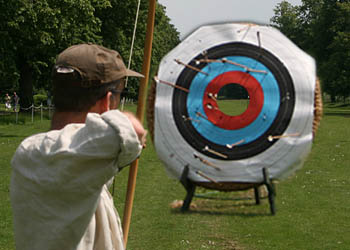 You can aim for the edge and hit something pretty easily. But if you’re still aiming for the middle, there’s nothing there.

So be remarkably unusual, and aim for those people who have headed to the edges.