You know how baby ducks think the first big creature they see is their mother?

In the book Predictably Irrational, tests show that people do the same thing with prices.

When we first consider buying a product or service, the first price we see is the anchor to which we always refer. Cheaper than that seems cheap, and more expensive than that seems expensive.

I noticed this when I moved from New York to Portland. Everything seemed so cheap! In New York City a little 1-bedroom apartment would cost $1,000,000, while in Portland a nice 3-bedroom house with a yard would cost $150,000. Amazing!

Then I’d hear people complain how expensive Portland was, because they had moved there from even-cheaper places like Idaho or southern Oregon. I had anchored to New York City prices, but they had anchored to Idaho prices.

Now, here’s where it gets interesting:

From the beginning of time, until 1990, a cup of coffee had historically always been under a dollar.

So how did Starbucks successfully start charging $4 per cup? How did they get people to switch their price-anchor to consider $4 a normal price for a cup of coffee?

They made sure it was such a different experience, that you could not directly compare it to your previous coffee-buying experience.

They focused on ambience, to make it feel like a continental coffeehouse. Instead of small, medium, large, you say short, tall, grande, venti. They made drinks with expensive-sounding names like Caffé Americano, Caffé Misto, and Frappuchino.

They did everything they could to make the experience feel so different that you would not use the regular “cuppa joe at the diner” as an anchor, but instead would be open to a brand new anchor.

This is what Cirque du Soleil did for circuses, too. You’d hardly think to compare it to the old Ringling Brothers circus with its sticky-coke-covered benches and dumb clowns selling popcorn in the aisles.

This doesn’t always have to move upscale, either. One old-fashioned traditional CD distributor complained that CD Baby wrecked his distribution business, since potential clients would now ask him why it cost more than $35, why he couldn’t pay them every week, and couldn’t show them the name and address of everyone who bought their CD!

So how does this apply to you?

If so, can you instead imagine doing something so different that your answer to that question is, “What competitors? There’s nobody doing anything like this!”

Instead of being yet-another wedding band, maybe you become a unique service that writes a custom song for each member of the wedding party and family.

See “reversible business models” for more examples of thinking opposite. 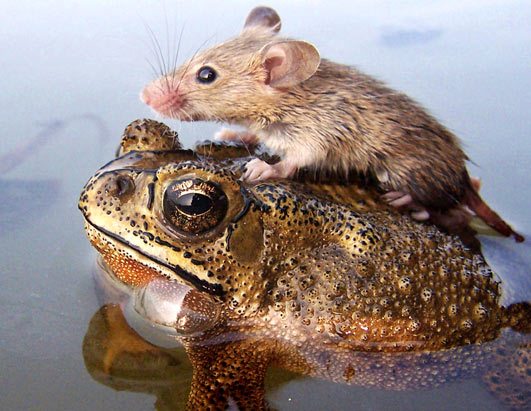